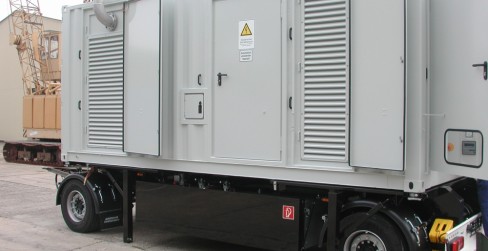 A power generator consists of a combustion engine as the producer of the mechanical energy, a generator as the transformer of the mechanical energy into electrical energy, a switchgear, and control system, as well as all necessary auxiliary equipment (ventilation systems, cooling systems, exhaust systems, lubrication and fuel systems).
The greatest distinguishing features are to be found in the type of usage (stationary or mobile) and the type of operation (peak load, emergency power supply, or continuous operation systems).

Stationary power generation units are preferably implemented within buildings or supplied to the site as factory-assembled and fully tested plants in containers or container-like housing made of concrete or steel. They are mainly operated as emergency power supply and peak load plants.
A power generator is designated as stationary if its deployment at a location amounts to at least 12 months.

Mobile power generators have the possibility, on the one hand, to be transported onto roads and open country as a self-propelled unit (usually as a truck) or on a trailer if equipped with a chassis.
On the other hand, mobility is achieved by adapting the construction to standardized transport systems. As a rule, these comprise standard-sized containers as per ISO 668.

Continually operation is the condition in which the generator serves as the sole supplier of electrical power for a defined structure of electricity consumers or if the unit operates concurrently with the public power grid or together with other power generators.
These generators are designed to deliver rated power which depends on the application in order to allow for a temporally unlimited, continuous operation (COP – Continuous Power) or a temporally unlimited variable (PRP – Prime Power) operation.

Standby power, also known as emergency power is the form of operation in which the generator supplies the users with power when the central power supply becomes unavailable due to a defect or to scheduled maintenance on the public power grid. Predominately installed in fields where safety consciousness is paramount (medical facilities, data centers, traffic safety systems, large groups of people), these power generators supply the entire needs of the consumer or only some part of it.
The power generators are designed to provide a rated current which allows for a temporally unlimited variable operation (PRP) or a temporally limited constant operation (LTP – Limited Time Running Power).

Peak load operation means that the generator limits the energy taken from the public power grid in order to avoid purchasing power at cost-intensive power peaks. It is a typical form or concurrent operation.
These generators are devised with a nominal power rating which permits temporally limited constant operation (LTP). 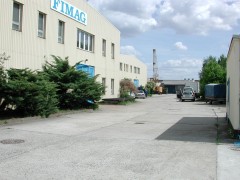